As you run the Period End for the Sales and Purchase Ledgers you often
print a series of reports and a ‘Automatic Period End Reports’ option is available that allows you to run a
selection of the system reports as one procedure. Many users elect not to print these files
directly but instead ‘Spool’ them for later print or enquiry – sometimes creating specific user-id’s so the spool
files are not created against general operational ids but instead against a period end user-id to keep a copy of
these files 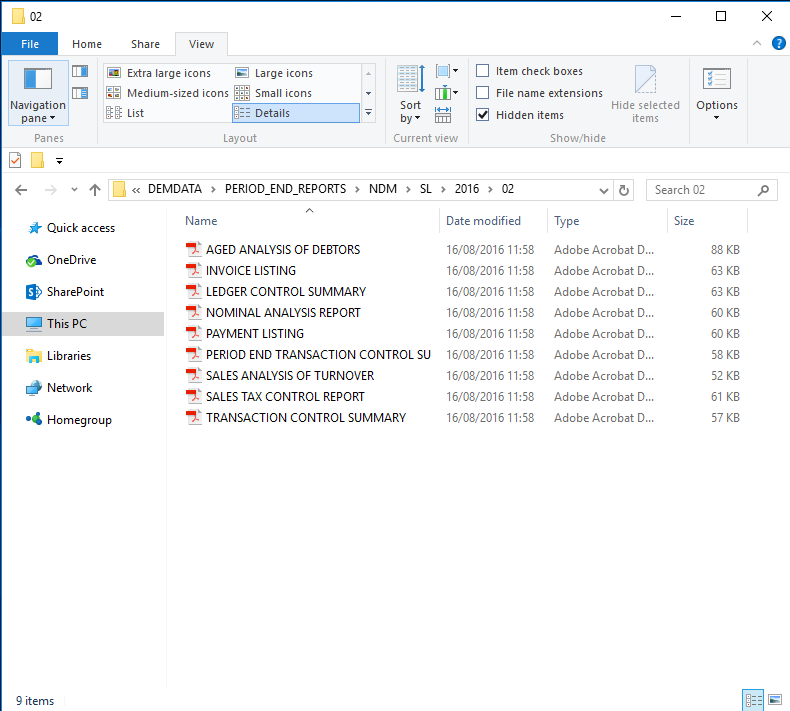 This new option allows the Automatic Period End Reports to be saved as PDF files within a set folder
on your server – with separate sub-folders for each company, application and period – instead of, or as well as,
printing to a spool or print device.